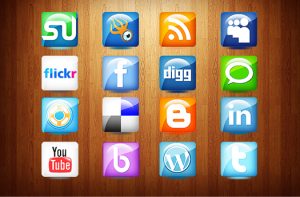 You don’t have to like it, but hashtags are now a part of our culture. They flash onscreen with alarming regularity during our favorite shows and sporting events and they populate our feeds on just about every Social Media site.

In case you’re somehow not familiar with them by now, hashtags are a way to tag posts in order to essentially hyperlink Social Media posts to search results. It’s a way for users to indicate that they’re responding, contributing to, or even creating a new conversation or trend. They can be serious or humorous, but one thing is for certain: they’re here to stay.

Even though hashtags have become ubiquitous, and seem to have always been with us, they date back only a few short years. Twitter officially endorsed the hashtag in the summer of 2009 as a way to drive meaningful conversations between the members of its huge userbase.

Since then, hashtags have become a part of just about every other Social Media site. Tumblr, Instagram, Flickr, and Facebook all eventually followed Flickr’s lead and incorporated hashtags into their services.

So what does this mean for marketing? What are the implications of hashtags, and how can you put them to work for you? Let’s take a look.

Facebook may have been one of the last holdouts when it came to adopting hashtags, so it definitely wasn’t before they’d done their due diligence on the research and found that hashtags can, sometimes dramatically, help to improve user engagement.

If you were to compare tweets with hashtags to tweets without, the hashtag-laden tweets would result in up to twice as much user engagement. Taking it a step further, a hashtag accompanied by a link performed better still.

Hashtags Can Help You Focus Your Message

One potentially unexpected use of hashtags is as a testing ground for campaigns, advertisements, and all different kinds of public outreach. A great case study is President Obama’s most recent State of the Union Address (#SOTU). Prior to the speech, the White House’s media team took the time to test an extensive list of hashtags, such as #EqualPay, #ActOnJobs, and #MadeInAmerica.

The project was a way for the white house to essentially test the waters when it came to the different topics the president would cover in his upcoming speech. During and after the President’s speech, the media team used the seven top-performing hashtags in their promoted tweets. They did this because they were the ones that, according to the research, resonated best with the American public.

Hashtags Can Tie All of Your Social Accounts Together

For better or worse, we live in a world that has offered us a great many social sites to get invested in. This presents a challenge for marketers, who in a perfect world would establish a single entity across each social site, thereby consolidating efforts to extend their reach and base of followers.

Thankfully, hashtags are a great way to do just that. Because most brands have multiple channels with which they promote themselves (Facebook, Twitter, YouTube, etc.), hashtags can serve as a common identifier across each of these media outlets. What this means is that everybody, no matter their social platform of choice, can get invested in the conversation. In other words, they’ll know just what to search for, no matter which site they visit first.

Hashtags Can Help You Reach a Wider Audience

One of the most important parts of hashtag use is the ability to provide users and prospective customers with something memorable – arguably, something more memorable than the name of the brand itself, which is often lost on viewers during particularly engaging commercials.

The very first advertisement that ran after the conclusion of Super Bowl 48 was purchased by Esurance. It was a delightful ad, featuring John Krasinski of “The Office” fame. The ad carried the hashtag #EsuranceSave30, which viewers could use for the 36 hours following the ad in order to qualify for a chance to win $1.5 million – the money Esurance saved by advertising after the Super Bowl rather than during the game.

The takeaway here is that Esurance enjoyed unprecedented success as a result of this ad. Within just a few minutes, the #EsuranceSave30 hashtag received tens of thousands of mentions, eventually reaching nearly one-and-a-half million mentions. The campaign may have been an expensive one, but Esurance’s Twitter account more than doubled its following in just a few short minutes. The total gain was something like 40,000 followers after it was all said and done. With a single hashtag, and a memorable ad to go with it, Esurance demonstrated how powerful a tool hashtags can be in the right hands.

Hashtags Can Help You Track Statistics

Hashtags serve a practical purpose for Social Media users; it gives them the ability to take part in worldwide conversations about important topics. If you turn that fact around, you’ll notice that it can do something even more important for brands: it can help them to gauge public opinion and wade through results that would otherwise be a great deal more difficult to track.

Verizon and the NFL teamed up to do just that, prior to the Super Bowl. They launched a Twitter campaign asking users a simple question: #WhoIsGonnaWin. They even took the time to create a website dedicated to tracking the results in real-time.

It’s a simple sort of proof-of-concept that demonstrates that hashtags can be just as powerful a tool for inquiry as for advertising.

About the Author: Adrienne Erin is an internet marketing enthusiast who writes for SiteProNews twice weekly. She loves to see businesses like CODi succeed on the web. Follow her on Twitter at @adrienneerin.